Like most major utility companies in the United States, those in Louisiana haven’t always embraced the idea of tapping into renewable energy sources.

According to The Times-Picayune, LPSC launched the program over two years ago in an effort to prepare for potential mandates from the state and/or federal governments.

Although it made little gains initially, progress is beginning to pick up, and utility companies are hopeful that the initiative could facilitate promising investments in renewable energy technologies. 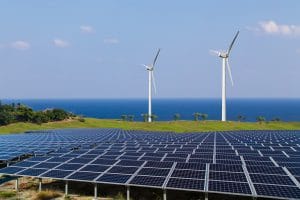 Louisiana isn’t the only state making noticeable strides towards a renewable energy program.

North Carolina has increased its renewable energy investments thirteen times over since 2007 and projects that 12.5% of its electricity consumption will come from renewable sources by 2021.

Indiana is also making impressive advancements and is now the third fastest growing state in terms of wind power capabilities.

With more and more states seeing the need for alternative energy sources, it’s a great time to pursue an education in this rapidly expanding field.

The Bachelor of Science Degree with a Major in Alternative and Renewable Energy Management from Everglades University is a renewable energy degree program that can prepare students for advanced positions in the alternative energy industry.

Among the 123-credit hours required for graduation are classes covering

Those interested can find out more about this promising degree program by viewing the full course description or by contacting the University for more information.