What Are The Main Causes of Airplane Accidents? - Everglades University

Flying. A mode of travel that has imposed fear in countless people since the wright brothers first took lift off back in 1903. Fast forward over a hundred years and people are still terrified of flying and rightfully so.

Even with the continuous technological breakthroughs in aviation safety that ensure safer travels, people are always going to be afraid of flying.

Their fear is logical and understandable in my opinion.

Planes are still crashing even though statistics show that if you fly every day of your life, it would take you nineteen thousand years before you board a fatal flight.

Even so, all it takes is one right? 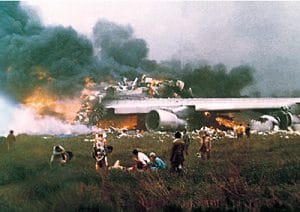 A seven year study was conducted and found that over half of all airplane mishaps are due to human errors.

It’s no secret that planes are highly sophisticated and complicated machines with thousands of moving parts. Anything can go wrong at any given moment and it’s the pilot’s responsibility to get the plane from point A to point B with no issues while controlling everything.

Misreading equipment readings or weather conditions, flawed communication between pilots leading to a collision, or improper maneuvers are all examples of pilot error that have led to the unnecessary deaths of hundreds of individuals over the years.

Earning a BS Degree in Aviation/Aerospace Concentrating on Flight Operations from Everglades University is for those who plan on flying planes in both the private and commercial sector. The degree focuses on areas such as Aircraft Engines, Aircraft Systems and Aviation Human Factors can help students minimize the chances of encountering issues due to human error.

Regarded as the worst accident in aviation history. Due to poor visibility from substantial fog and incorrectly believing he was cleared for takeoff, the pilot collided with a Pan Am flight killing all 583 people aboard both planes.

There was a problem with the flight’s internal reference system and the plane’s autopilot was disengaged and the plane started to descend. When the pilot tried to gain control of the emergency, he failed at a maneuver that led to complete and utter loss of control of the airplane. Adams Air Flight 574 crashed into the ocean and killed 102 passengers on board.

When the pilot transferred control of the plane to the co-pilot for a break, mistakes were made and lives were lost. When flight 447 encountered turbulence, the plane disengaged the autopilot function. The co-pilot misjudged the turn to level out the plane, overcompensated for the roll which led to the plane stalling before eventually crashing into the ocean and killing 228 passengers on board. 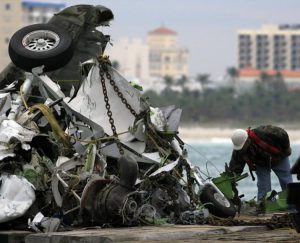 It’s an unfortunate truth that “From 1994 to 2004, maintenance problems have contributed to 42% of fatal airline accidents in the United States” excluding the 911 terrorist attacks stated by Fiix.

Whenever an engine fails, for example, maintenance is the culprit more than 50% of the time.

Maintenance related issues occur when there is a systematic breakdown or organizational mishap that is caused by factors such as time pressure, inadequate skills, stress or even lack of care and laziness.

Everglades University recognizes the importance and severity of proper airplane maintenance by offering a degree in Aviation Maintenance Management which implements best practices into their students.

Flight 123 had a damaged rear pressure bulkhead which requires a specific repair process established and approved by Boeing that wasn’t adequately followed in this instance. The improper maintenance led to a crash 32 minutes after takeoff that luckily didn’t fatally harm anyone but did leave its passengers severely injured.

The Flight 101 crash occurred off Miami Beach, Florida and killed all 20 passengers on board including 3 infants. The cause of the crash was due to a crack in the plane’s wing that was actually detected earlier but wasn’t properly fixed by the maintenance team. This led to a deeper investigation of Chalk Ocean’s maintenance standards which were ultimately deemed ineffective as numerous planes in their fleet were severely corroded and operating with subpar maintenance practices. If maintenance protocol was sufficiently followed, the Flight 101 crash could have been avoided.

Planes regularly go through something known as “Preventative Maintenance Schedules.” Part of this procedure entails the lubrication of pieces such as jackscrews that are used to hold together parts such as the airplane pitch control. The screws were in fact not properly lubricated despite the fact that paperwork said otherwise. This led to loss of control and the plane that was flying from Mexico ended up crashing into the Pacific Ocean causing 88 fatalities 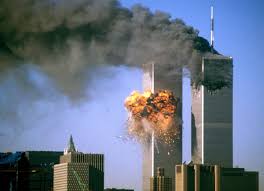 About 10% of airplane crashes are caused by acts of sabotage including situations where hijackers take control of the plane or where the pilot themself decides to intentionally crash and take the lives of their passengers. A single individual, and whatever motivation they may have, is still able to squeak through the cracks of TSA potentially crashing the plane and killing everyone on board even till this day.

Individuals who are put in charge of controlling aviation security should be educated and prepared in the event of a Hijacking or sabotage situation. Those who are trained will be able to react efficiently potentially saving lives.

Earning a degree in Aviation Security is perfect for anyone in this position as it goes deep into what it takes to make an airport as safe as possible.

The co-pilot of flight 990 acted out of revenge and intentionally crashed the plane near New England and killed 217 people. Due to sexual misconduct the pilot, Gamil el-Batouty was previously reprimanded by an executive (who was aboard the plane) and Gamil was banned from flying transatlantic flight routes which pay higher wages for the pilots.

The crash of Flight 9525 flying from Barcelona to Germany was deliberately caused by co-pilot, Andreas Lubitz who caused 150 fatalities. Lubitz was actually previously deemed “unfit to work” by a doctor as he had a history of suicidal tendencies. Andreas didn’t share this with his employers and as result was tasked with co-flying a plane that led to a collision of the Airbus into a mountainside.

Aviation Safety, Security, and Maintenance as well as other areas in the industry all combine to create a safer means of air travel for everyone involved.

What Everglades does, is seek out those passionate about Aviation & Aerospace and provides a high-quality education that is designed to elevate their knowledge in areas such as Aviation Law, Aviation Labor Relations, Aviation and Airport Security and much, much more.

Contact Everglades University to request more information and learn about what we offer.