Can Wind Technology Give Renewable Energy a Job Lift?

For decades, the U.S. has been struggling to find an alternative source of renewable energy, one that doesn’t create a dangerous reliance on foreign countries or pollution of our cities and towns.

According to recent studies, we may be getting closer than ever to a real solution. The answer? Wind. Wind Power Jobs are skyrocketing year after year and they have no intention of slowing down.

The amount of wind power jobs being created is happily alarming 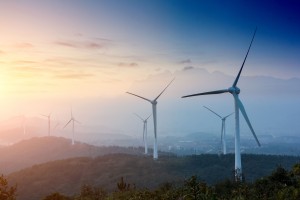 Although many possible alternatives have been suggested and explored, wind has proven to be, by far, the most feasible option.

According to the 2011 Wind Technologies Market Report, 6,800 megawatts of wind power capacity was generated last year, and as a result, we now possess the capability to power up to 13 million homes a year via wind turbines.1

The environment isn’t the only benefactor of the increase in wind power production.

The industry experienced unprecedented growth between 2010 and 2011, and there are currently an estimated 75,000 American workers employed by the wind sector.

The manufacturing arm of the nation is also seeing a boost as a result.

According to the Department of Energy, almost three quarters of the equipment necessary to run wind farms came from domestic manufacturers, up from just over a third in 2005.3 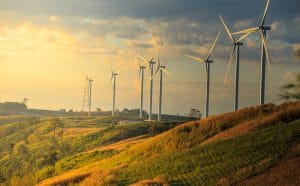 Is Wind Power the Next Proverbial Space Race?

Energy Secretary Steven Chu seems to think so, proclaiming that “America can lead the world in the global race to manufacture and deploy clean energy technologies.” 2

American workers, however, are just thankful for the lift that wind power has provided the job market.

Unfortunately, it appears that even wind power comes with dependency—unless the Production Tax Credit (PTC) set to expire at the end of the year is renewed, the industry could receive a sharp blow.

Fortunately, the current administration is pushing for its extension, meaning the wind industry is likely to billow in the years to come. 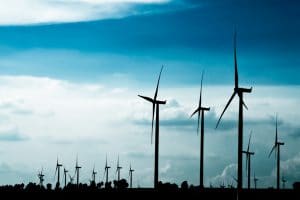 Preparing America for Becoming a Leader in Alternative Energy

According to the Bureau of Labor Statistics, there are three areas of demand within the wind energy industry including manufacturing, project development, and operations and maintenance. 4

The Bachelor of Science degree in Alternative and Renewable Energy Management from Everglades University has courses that can prepare students to work in the alternative and renewable energy environment and help find wind power jobs.

The degree program, consisting of courses such as:

Students wishing to focus on other areas of the alternative and renewable energy industry can benefit from dedicated courses on topics such as:

Interested students can find out more about the program by viewing the full course description or requesting information from the University.

[1] US Department of Energy