Breaking the Sound Barrier: What Does It Mean for Aviation Technologists?

What’s faster than the speed of sound and able to free-fall 24 miles in just nine minutes?

This isn’t a riddle, but even so, there’s only one answer—Felix Baumgartner.

The former military parachutist turned daredevil achieved what no skydiver has done before when he broke the sound barrier on October 14, 2012 near Roswell, New Mexico, jumping from a mind-boggling and stomach-churning 128,000 feet in the air. 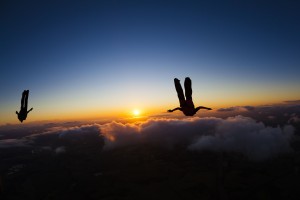 The Real Pioneers in the Field

Merely breaking the sound barrier wasn’t Baumgartner’s claim to fame, however. Chuck Yeager was the first to do that over half a century ago when he flew his bullet-shaped aircraft, dubbed an “X plane” through the barrier at speeds exceeding 660 miles per hour.

But when Felix Baumgartner achieved this same feat exactly sixty-five years later to the day, he did so without an aircraft, only a helmet and a high-tech suit.

While Yeager’s feat informed aviation scientists of just how different kinds of aircraft responded to the atmosphere changes that occur beyond the sound barrier, Baumgartner’s daring deed demonstrated how the human body responded to those same changes.

At one point during his free fall, Baumgartner’s body began to spin out of control in what some refer to as the death spin.

Never losing consciousness, however, the extreme athlete righted himself and landed on two feet amidst cheers from his family and a throng of awe-struck onlookers.

Despite which organization or company these managers work for, their job responsibilities are similar. In some cases, these managers will design programs based on their assessments of the needs of their target audience.

They may also manage teams of individuals to carry out the project plans and evaluate the success of these programs.

Social and community service managers are also frequently in charge of managing the budgets for the programs they oversee.

Luckily, those fascinated with aviation technology need not commit death-defying acts to study and work in the field.

There are many professionals who work feverishly behind the scenes (and on solid ground) to make these events happen, study their implications, and then apply what they’ve learned to create new equipment and technologies. 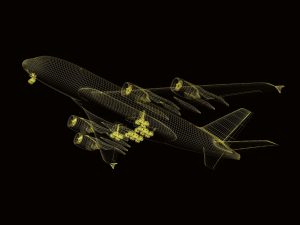 There are a wide range of degree programs available for students interested in the field of aviation technology including the Bachelor of Science Degree program in Aviation / Aerospace from Everglades University.

The program consists of 123 credit hours, 30 of which include general education courses.