A GUIDE TO THE DIFFERENT TYPES OF DRONES

If you told me 20 years ago that Unmanned Aerial Systems (UAS) are going to be a thing I would’ve been extremely hesitant on believing you.

These Unmanned Aerial Systems, better known as “Drones”, have swept the world and are consistently increasing in both popularity and value. The popularity also shows zero indication of slowing down as technology is only advancing with time.

There are many types of drones ranging in shapes & sizes that have attributed to the “2.4 million personal drones were sold in the U.S. alone in 2016, more than double the 1.1 million sold in 2015” says Business Insider. 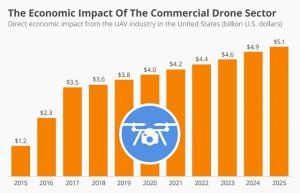 The different types of drones out there to buy

Much similar to an actual helicopter, these drones use a main rotor to control the flight of the machine while a smaller rotor on the tail is used to control direction and stability. 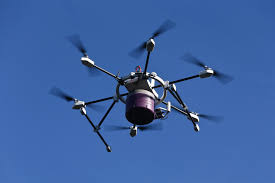 One of the more common types of drones, Multirotor drones are able to remain in a single position for an extended period of time due to their stability which is perfect for aerial photography, security surveillance, filmmaking, pretty much anything that involves a camera.

These drones are not only easy to control and fly, they are also easy to manufacture translating to a more affordable price point but they, unfortunately, typically don’t have an extended flight time usually maxing out at 30 minutes.

Linked to a GPS coordinate system via satellite, GPS Drones are capable of doing a multitude of things such as returning to its home base or point of origin automatically when it is about to run out of power.

RTF (Ready To Fly) Drones are for more common among basic drone enthusiasts due to their simplicity. These drones are ready to fly the second you take them out of the box. 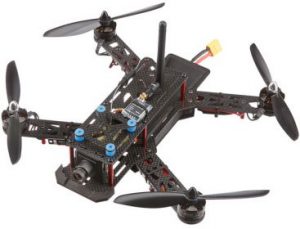 Delivering medicine to remote areas of the planet or employing these drones to drop off products purchased through Amazon Prime are just two of many possible benefits of Delivery Drones. These drones are tailor made to transport products in the shorts amount of time around the country.

We’ve really only touched the commercial aspect of drones. There are many types of military applications as well that Unmanned Aerial Systems can be used for to protect our country.

Different types of drones in the military 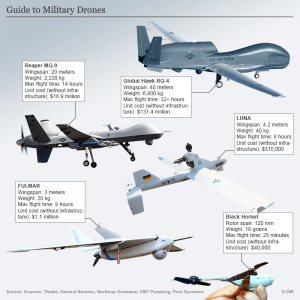 Anything less than 150 kg, a micro, mini or small drones are included in the Class I of military drones. The FULMAR, a common Class I drone, can reach top speeds of 100km/h and has a battery length of about 12 hours. The FULMAR along with other smaller drones can be used for recon, gathering information and improve target identification.

Anything in the Class II category of military drones ranges in weight from 150kg to 600kg. These drones are built with endurance and tactical attributes that allows for an elevated level of surveillance and protection, improved ability to assess damage, overall upgrade in awareness and much more.

When you think of military drones, Class III larger combat drones are most likely what comes to Ko

Any drones over 600kg belongs to this impressively strategic class which are typically utilized for combat. Example being that these UAVs are capable of being armed with missiles, laser-guided bombs and have a range of over 1000 miles.

If you’re interested in purchasing a class III drone, the RQ-4 Global Hawk, for example, just spend a measly $130-222 million and it’s yours. Pocket change.

What else can drones be used for?

For example Rachel Kohlman, Project Manager at a surveying company, stated in an interview that “Using a UAS can be a real time saver for a lot of jobs and it enables us to get a very complete set of data, something that a crew in the field would have a hard time doing in a timely fashion. At times it can also really impact on safety. Instead of sending our personnel into a situation with steep grades or equipment that could potentially be hazardous we are able to avoid this by remotely collecting this data.”

Land Surveying drones are without a doubt becoming the future of surveying as previously stated, more companies are harnessing the potential that UAS possess. Companies are saving time which leads to an increase in productivity. Massive projects are taking a fraction of the time as what they normally would, and it’s only going to get better as the years go on and more breakthroughs are made.

Public Safety is another area that understands how valuable this technology truly is. Being able to cover large areas for search and rescue missions from an aerial view is something that public safety officials dream about. Thanks to the advancement of drone technology, multiple models have been designed to aid both firefighters and local police officials that can easily be the difference between life and death.

In this area, Unmanned Aerial Systems are being used to assist in areas such as:

Drone Center’s research shows that within the past couple of years “at least 347 state and local police, sheriff, fire, and emergency units have acquired drones.” Through public records and open literature they also found that local law enforcement departments lead in purchasing of public safety drones. Another interesting statistic is the fact that “Consumer drones are more common among public safety units than specialized professional drones.”

Unmanned Aerial Systems play a massive role in today’s society. From delivering medication to remote areas of the earth to gathering intelligence or to helping our military better protect our nation, drones are going to continue to aid humanity for years to come.

Everglades University recognizes the potential that drones have not only to the Military but also to the Public Sector which is why we offer an in-depth Unmanned Aerial Systems Degree, BS

The degree program focuses in areas such as but not limited to:

For more information please Contact Us to learn more.