Worst Disasters in US History That Left The Nation In Peril

When a nation is struck by something as terrible as a disaster, either natural or man-made, lives are ruined, families are lost, cities crumble and the country is hit with a devastating blow leaving those affected in a state of turmoil.

It is when horrible occurrences like this take place that courageous men and women unite and come together as one to help their neighbor in need. When a country gets knocked down, it’s how they get back on their feet that determines who they are as a people.

Let’s take a look at the top 12 worst disasters in US history that have accounted for thousands of deaths and millions of heartaches.

What is probably the most famous disaster on this list is certainly one of the worst in history. Pearl Harbor shocked all on December 7, 1941, with a surprise attack by the Japanese on the Hawaiian naval base killing 2,403 Americans which led to America’s involvement with World War 2. 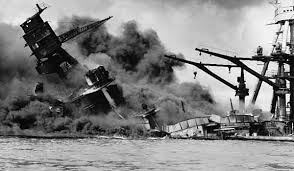 Indisputably one of the worst disasters our great nation has ever suffered. No one will ever forget exactly where they were and what they were doing when news spread about the 9/11 attacks that took place. 19 terrorists took control of 4 planes and crashed them into the Pentagon, World Trade Center, a field in Pennsylvania and left the US with a total of 2,973 victims and damaged national morale. 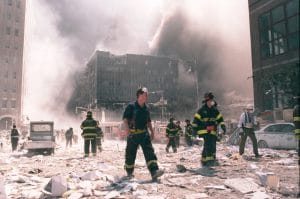 The year 2020 saw a global pandemic that turned the world upside down. The Coronavirus disease (also known as COVID-19) is an infectious disease that quickly spread throughout the world, resulting in lockdowns, hospitalizations, and deaths in many countries. As of December 2020, the US had the highest number of total cases at more than 16 million, as well as the highest number of total COVID-19 related deaths in the world. In addition to the effect that this pandemic had on public health, many people also experienced job loss, which led to even more stress. 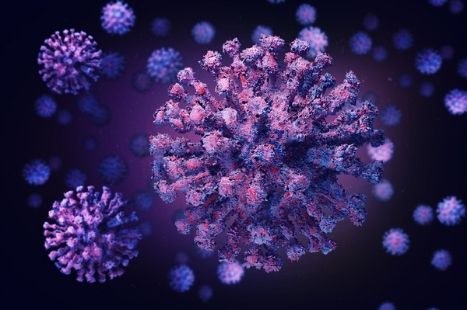 The tropical cyclone that racked Galveston, Texas is the deadliest natural disaster in US history taking the lives of an estimated 12,000 people on September 18th, 1900. The category 4 hurricane had winds blowing upwards of 145 mph killing 1 in 6 residents and utterly destroying 3,600 homes. Even though Galveston was rebuilt it was never fully restored to the glorious port it once was and it sparked an interest of focus on hurricane prevention. 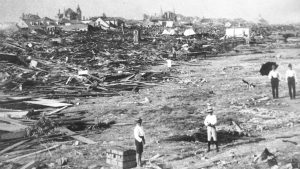 The great city of San Francisco was completely blindsided by a massive earthquake on the morning of April 18, 1906, which took the lives of an estimated 3,400 people and destroyed roughly 80% of the infamous city. While the Great San Fran Earthquake (known now as the deadliest earthquake in US history) only lasted about a minute, the fires it created took about 4 days to finish their damage. Thousands were left homeless forced to live in tents. 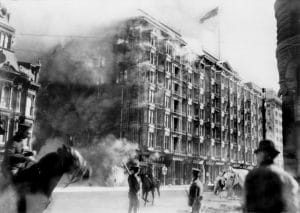 Hurricane Maria struck the U.S. territory of Puerto Rico as a deadly Category 5 hurricane in September 2017, and its damage would be felt for months to follow. It also severely battered the U.S. Virgin Islands and Dominica, racking up a total death toll to at least 2,975 — but officials believe it was much higher. The official death count was previously 64. The storm caused $90 billion in damages in Puerto Rico alone and $1.6 billion in damage across the Caribbean. 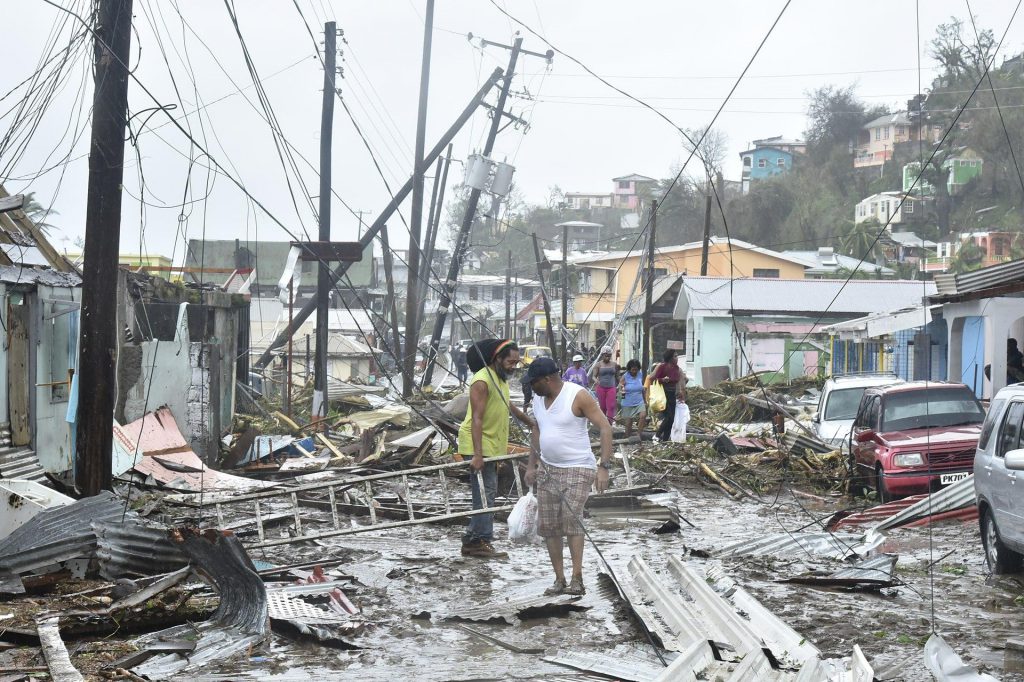 One of the most famous and easily one of the worst disasters in US history took place on March 24, 1989. An Exxon Valdez oil tanker had a malfunction and struck a reef in Alaska that released 10 million gallons of oil into the Pacific Ocean. The oil spread over 1,300 miles and polluted everything it touched. The spill severely damaged the sea life and neighboring areas and even to this day they are still trying to repair the damage. 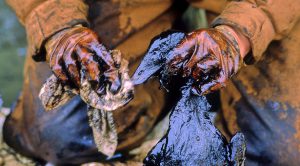 This event is especially special to the department of the American Red Cross as it was the first disaster the organization was able to attend to. The Johnstown Flood is a crucial part of history in regards to disaster management and emergency crisis. The flood occurred on May 31, 1889, and killed 2,209 people. The combination of heavy rain and a dam break sent 20 million gallons of water into the Mississippi river creating a wave 70 feet high that traveled over 14 miles destroying everything and everyone in its path. 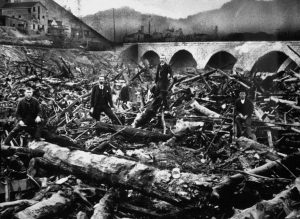 The fire dates back to October 8th, 1871. A fire that most likely would’ve been controllable and manageable evolved into a fire that spread over 1,875 square miles due to fierce winds that killed around 1,500 people. While it happened nearly 150 years ago the Peshtigo Fire is still considered one of the worst disasters in US history. 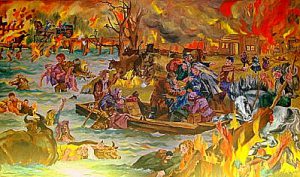 There are a few factors that contribute to the catastrophic harm that Hurricane Katrina caused. New Orleans was hit and hit hard and it’s unique location mixed with powerful winds forced Lake Pontchartrain to flood over 80% of the city. The city’s cultural heritage was hurt, over $80 billion of damage was caused, and the 2005 storm claimed the lives of 1,833 people. The storm wreaked havoc from Florida to Texas and is considered the most destructive hurricane in US history. 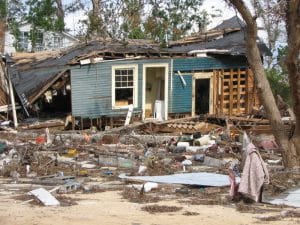 Known as the second-costliest hurricane to affect the U.S. mainland since 1900, Hurricane Harvey was a Category 4 hurricane that made landfall in Texas on August 25, 2017. The storm resulted in about $125 billion in damage, leaving many with destroyed homes due to the massive flooding from the storm. This hurricane is also known as the rainiest Atlantic hurricane to ever be measured. 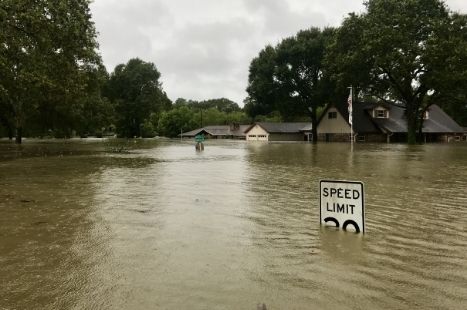 The Deepwater Horizon oil spill (also known as the Gulf oil spill) is known as the worst oil spill in US history. On April 20, 2010, an oil well that was about a mile below the surface of the Gulf of Mexico exploded, which caused the Deepwater Horizon oil rig to sink and kill 11 people. Oil and gas leaked from the wellhead pipe for 87 days before the well was capped. As a result, over 3 million barrels of oil were leaked into the Gulf. 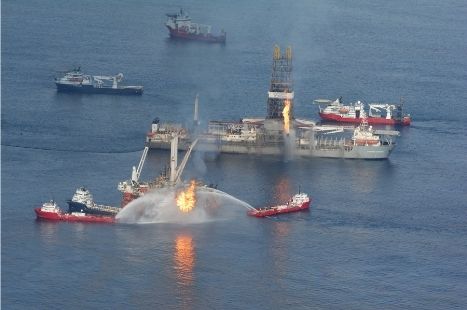 As stated before, it’s not how a country gets knocked down, it’s how they get back up that shows who they really are. When something so unbelievably unspeakable occurs, people from around the world band together to extend their hand and offer help. It’s these people who truly epitomize selflessness, compassion, and nobility.

Today there are numerous organizations whose sole purpose is to hope for the best but prepare for the worst. Everglades University appreciates the courageousness and bravery in people and offers a degree program that focuses on Crisis and Disaster Management which is ideal for those who want to help.